From its earliest studies, monumentality is an integral part of the series of bronze sculptures, Géants/Giants. The sculptures are designed to adapt to large dimensions. At this minimal scale, the brightness of the gold separates the work of art from the space it inhabits; then ensues a very personal dialogue with the visitor. The vibrant light projected by the gold grants the sculpture another dimension. 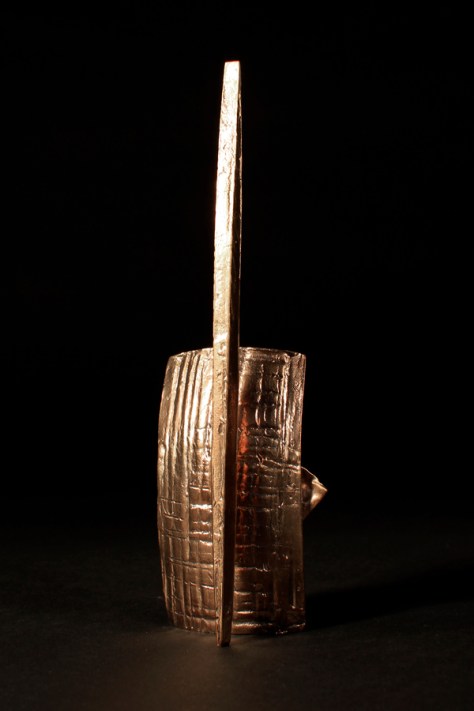 Géants/Giants resonates with the work of great sculptors who have punctuated the pages of history. Henry Moore had a lasting influence on François Gaulier’s early sculptures. The wood and stone carved by Henry Moore are crafted from a model painstakingly made to different scales, the source of which is often a sculpture of the smallest dimensions.

Going further back in time, the erect or suspended stone is a recurrent theme in his work. Keystone, Clé de voûte, a sculpture consisting of two steel arcs leaning against each other, shows the monumental dimension of his sculptures. The granite slab completes the work and serves as its keystone. The series Géants/Giants further draws inspiration from the menhirs of Carnac and Stonehenge for their nature, both massive and minimalist.

The bronzes displayed at the galerie BYCHATEL Selected Fine Arts were made from a wax hammered as iron is wrought; the bronze keeps its marks, in the likeness of prehistoric monuments across the centuries, worn by the elements, sometimes deliberately broken by man. Immersed in a bath of gold, the bronze takes on a new self-sublimating reflection.
François Gaulier thus offers you these human figures, standing upright: his Giants, whose monumentality belongs to your wildest dreams. 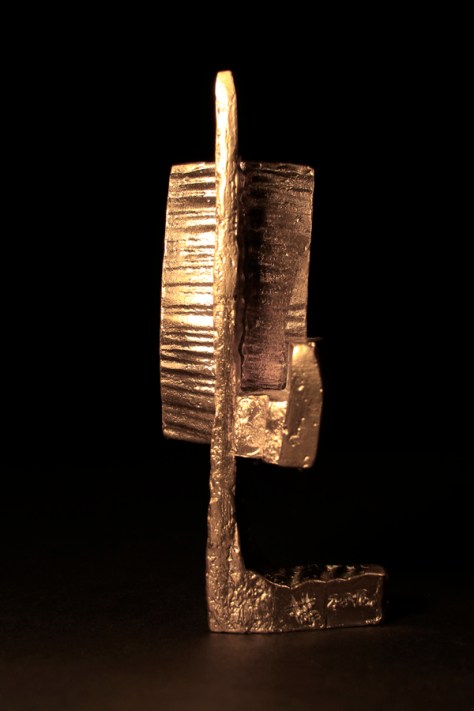